This pomegranate pendant is part of my Forbidden Fruit series, which includes four fruits meaningful to many cultures throughout history. Due to its many seeds, it is symbolic of fertility and abundance all over the world.

It is perhaps most memorable for its role in the story of Persephone in Greek and Roman mythology, who was forced to split her time between the underworld and the world of the living because she was tempted to eat a few pomegranate seeds. This myth and the pomegranate's rich red juice and seeds contribute to its connection to feminine regeneration.

They were also mentioned in Homer's Odyssey as a vital part of Alcinous' royal garden:

"Therein grow trees, tall and luxuriant, pears and pomegranates and apple-trees with their bright fruit, and sweet figs, and luxuriant olives. Of these the fruit perishes not nor fails in winter or in summer, but lasts throughout the year; and ever does the west wind, as it blows, quicken to life some plants and ripen others; pear upon pear waxes and ripens, apple upon apple, cluster upon cluster, and fig upon fig..."

Pomegranates are also important in Judaism and Christianity, sometimes thought of as the actual forbidden fruit that tempted Adam and Eve. 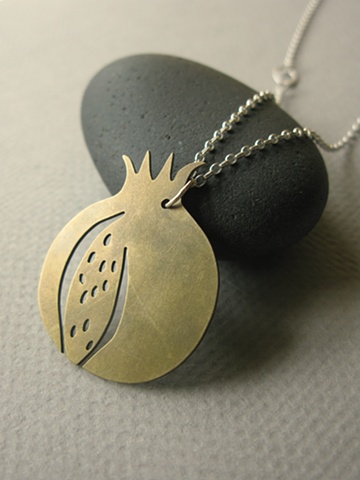